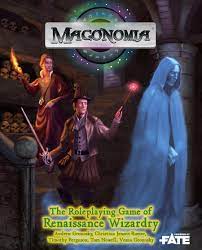 Setting up mu4e for gmail for emacs

I am doing this in crostini on my Chromebook
Posted by kbm at Sunday, February 27, 2022 No comments:

Hopefully this web site is now verified on keybase!
Posted by kbm at Friday, January 26, 2018 No comments:

At school I was a sprinter and loathed cross-country runs.  In my low 20s (and sporadically thereafter) I tried jogging which I found a) boring and b) gave me shin splints.

To address the shin splints I went to specialist running shops and was given heavy pronation (anti-pronation?) shoes - but promptly got injured again.

Many years later I am still struggling to run any distance.

I noticed the 5 fingers shoes and wondered about trying them.  I didn't find any locally and then I saw this post on G+  by Tim O'Reilly: he caught his little toe with painful results.  Down in the comments someone mentioned "Vivobarefoot"; I did a search and found a pair on amazon for a special offer.  It was obviously "a sign", so I got some: 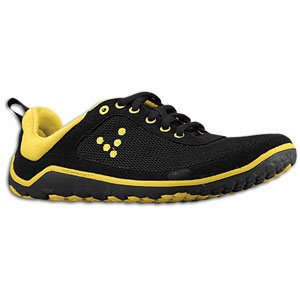 I went off for a walk/run: 30 seconds run every 3 minutes (though it was just walk after the first 20 minutes!).  It was great - I felt really good, the birds sang in the sky......
For the second walk/run I went out with my wife, who runs 3 times a week. This was a mistake - pushed a bit too far and had terrible Achilles pains the next day. And basically that meant walking only for 4 months - every attempt to run triggered the Achilles again.

So I felt it was time to do a gentler form of exercise for a while: walking. Where do I do most walking?  At work: to, from and around the park at lunchtime.  The Airmesh above were fine but after a while I felt the need to have something less showy (and reserve the Airmesh for the gym); enter the Vivobarefoot Ra:

I now have 2 pairs of these: blue canvas and black leather.  Both very nice and usable at the office.  I had to "sugru" the inner heel of the canvas pair as they chafed a little.
So now I get to gently stretch my achilles for hours a day.

Right now I am going back to walk/running (60-90second run, 3 minute walk) - so far so good.  To do that over the winter I got a pair of Vivobarefoot Trails which I use when walking the dog.  Again excellent: nice broad toe box, more traction, highly waterproof (which surprised me).  I my look at some Breathos if summer ever arrives.

Did I mention summer?  Towards the end of last summer I got a pair of Vivobarefoot Achilles:

A distinctive design! I find them comfortable but I have not used them much yet!

I know the above will make me appear a Vivobarefoot fan boy - this would be correct!  Their shoes are great, they have varied designs, I like their efforts to be green and to provide education to help people transition to minimal footwear with less chance of injury

That said I have just got a pair of Xero Shoes  huraches (from Xero Shoes UK actually):

Again a summer shoe.  I have assembled them, and learned to tie them - which was fun.  Getting the tension right is a bit of an art but I think I am there now.  As with the Achilles I look forward to more sunshine!

So that was a whirlwind tour of my growing minimalist shoe collection.  Important points:
So hopefully this will be the summer where I complete my transition to minimalist running and not just walking - I'll  let you know!

So a slightly belated write-up of my Saturday jaunt up to the Big Smoke.

Just so you know, I really use Emacs mainly for org-mode but I am also playing with Common Lisp ( is slime/swank) and Clojure (via nrepl).  I am not a power user, and have not done any elisp except twiddling with init.el.

Why did I go? I fancied a day out, hoped to learn some new stuff and to be at the first Emacs Conf so I could tell my grandchildren (for the record my children didn't care!)

Did it meet those expectations (except the last!): yes, and more!

I can claim another first - never been to Mornington Crescent tube station ( which is just north of London's Euston (main station for the North of the UK).

The venue ( 2nd Floor, Centro 3) belonged to Forward and was great: auditorium, canteen area with a plentiful supply of beverages.  A big shout out to them and Jon_Neale in particular for supporting this conference.

There were issues with the streaming so not all talks were recorded for posterity; there is an explanation here.  As someone said on that thread - this was a free conference done by a first-time organising team, so these things happen...  That said people are pulling together with audio, video from phones, and (obviously) the side decks ( or org files!) etc.- all is not lost!

Alex Simic (+Aleksandar Simic) led the organising team and was the MC.

A couple of odd things:

Sacha Chua and John Wiegley did a joint Keynote.

Sacha did a a fantastic "Why Emacs is so great" presentation to an emacs conference - everyone loved it and everyone around where I was seemed to learn something new from it; no mean feat to 100 emacs experts (well, 99).

Sacha is a person of boundless enthusiasm!

John did a history of Emacs and its antecedents together with personal anecdotes of his own.  Sounds as if it would be a dry topic but I learned some new stuff and he delivered it in an amusing and engaging way.

A great start to the conference!
(Audio here)

Nic Ferrier talked in his usual entertaining and unique style about loads of stuff: emacswiki, elnode, the nature of lazy collaboration and more! Oh and he used org mode for his notes.

Dimitri Fontaine spoke about el-get which is the package system I tend to use as a preference - partly because I found it first, it worked on Emacs 23 and it can use other package systems as methods.  Dimitri, Nic and Steve ("Luna Sandles") Purcell also gave an interesting panel on package managers and resisted over complicating the domain!

Sam Aaron talked about emacs-live (pointer to foundation packages). As one of the oldest people there I needed to get home for an early bedtime, so I missed his emacs driven music performance (with free beer and pizza!) later on.

But really there is almost too much to mention (sorry if you didn't get an explicit mention) - a very good day!