Katrina: Prayers for the US Gulf Coast

I'm glad to see this official message, especially after the kind wishes I received following the London 7/7 bombing:
BBC NEWS | UK | Queen 'shocked' by US hurricane:

"The Queen has sent a message to President Bush saying she is 'shocked and saddened' at devastation caused by Hurricane Katrina in the southern US.

'My sympathy goes to you and the people of the United States, especially to the families of those who have lost their lives,' she said."


Best wishes to those displaced by this display of nature's power, and to those still waiting for news of loved ones.

"A father died after he allowed his seven-year-old son to drive at 70mph along a motorway, an inquest heard.

The boy was driving from the passenger seat when he hit an object between junctions 12 and 11a. He, and his two brothers in the back seat, were unhurt.

At least the children survived; hope they learnt something.
Posted by kbm at Wednesday, August 31, 2005 No comments:

Man flogs bottled Welsh air | The Register: "An enterprising Welsh businessman will tomorrow launch an invaluable service for expats yearning for a bit of their fragrant motherland - bottled Welsh air at 24 quid a pop."

Bblog: The Lost Tribes of Smalltalk: "It seems to be a function of the IT skills market that people promote the capabilities that they think stand the best chance of helping them feed their family - quite right too! It also seems that the market can only handle a fairly small number of key words at a time. Right now the key words seem to be clustered around Java, .net and Ajax"
Posted by kbm at Friday, August 26, 2005 No comments: 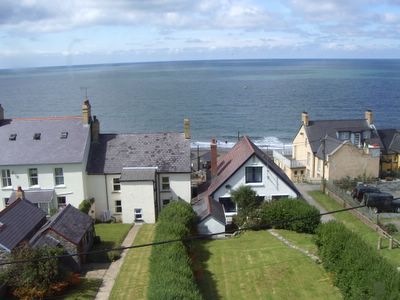 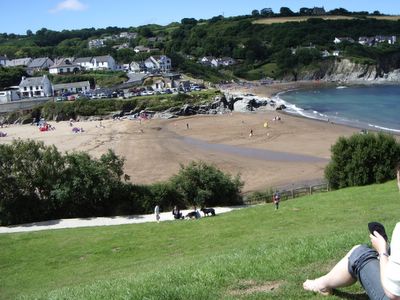 
Mismanaging the Shuttle Fixes - New York Times: "They found that arbitrary launching dates had led engineers to choose quick solutions for technical problems, not necessarily the best solutions. If a problem looked too hard to solve, the engineers and managers had a tendency to define it away."
Posted by kbm at Friday, August 19, 2005 No comments:

Presumably a quote from before Iraq....

"Mine is the first generation able to contemplate the possibility that we may live our entire lives without going to war or sending our children to war."

E-Scribe News : PyObjC in, Cocoa-Java out: "This is a watershed moment, I think. Python is a language Apple enthusiastically endorses for building Cocoa apps, while Java is emphatically not. Wow.

Apple's taking a gamble here. I imagine that among other factors they expect to get better, more Mac-like applications via PyObjC than Java. This will rankle the Java folks, of course."
Posted by kbm at Wednesday, August 17, 2005 No comments:

Lispmeister.com : ChangeSafe: A Product Configuration Management Tool: "That is why, with the exception of the little Java applet that runs on the client machine, all of ChangeSafe is written in Common Lisp."
Posted by kbm at Wednesday, August 17, 2005 No comments:

There is never a good murder, but why, oh why pick out a guy who has done so much good? Perhaps the blameless don't have body guards.

Citizens of the EU unite (for once)

I recommend you read this, and if you are an EU citizen, make sure you MEP, MP/Depute etc. know about the essay and your feelings about the issue:Chocolate and Vodka :: Main Page: "This is the deal. The UK, France, Ireland and Sweden are trying to push a directive on data retention through into EU legislation which would force all member countries to compel all telecommunications and internet service providers to save information about the use of their services by us, the public (document 8958/2004). They say that this is for 'the purpose of prevention, investigation, detection and prosecution of crime and criminal offences including terrorism', but whilst it would have far-reaching consequences, the benefits appear to be non-existent.

As Heinz Kiefer, president of the European Confederation of Police, pointed out: 'The result would be that a vast effort is made with little more effect on criminals and terrorists than to slightly irritate them.' (1)"


Scripting News: 8/16/2005: "And I would like to retract and apologize for saying Microsoft and Google are being 'childish.' That wasn't fair and I shouldn't have said it."

This is the right thing !

I wonder what the principle behind this is?

In order to keep communist MPs in the governing coalition, Mr Singh has promised only to privatise loss-making firms.

Can't see any political or economic sense in it.

Bill Clementson's Blog: "Sonja Keene's book Object-Oriented Programming in Common Lisp: A Programmer's Guide to CLOS is generally regarded as the best introduction to CL's object system. One of CLOS's powerful features is that it makes it fairly simple to define new operator method cominations. "
Posted by kbm at Monday, August 01, 2005 No comments:

But that is the beauty of open source

James Governor sent me this link from the Illuminata blog. Interesting stuff - it looks like IBM has been doing a bait and switch move with some of their software. Have a look at the Easy400 site that Illuminata points to - it makes it clear that all software available there is under an OSS license. Here's what it says:
This Easy400 site fully complies with the Open Source criteria. In the following text, "Easy400 software" means any piece of software distributed from this Easy400 site.
That all sounds fine, until you get to this, which explains the problem. No comment from IBM, of course - this sounds pretty ugly to me. It would be nice to have IBM explain it, but they are taking the all too common "heads down, this will blow over" approach. I think I said something about that earlier today :)

Is the complaint here that IBM is reneging on an Open Source license ( no evidence of that in the links that I can see) which would be bad, bad, bad....

or is it that they are no longer supporting it? If so, then , as its Open Source, the customers can use it, change it themselves, form a co-operative to do it, or perhaps an enterprising young programmer will offer a support service........

If it weren't Open Source, then that would be game over - I hope Cincom open source one of their Smaltalk's when they stream line down to one !